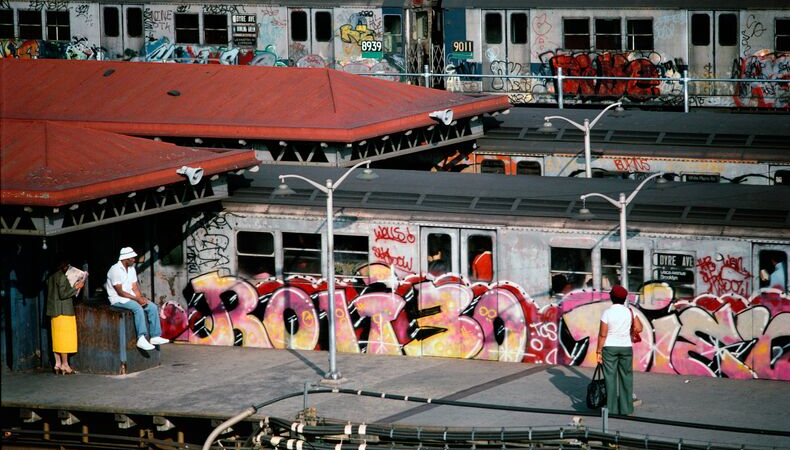 In the late 1970s and early '80s as New York City was in the throes of economic collapse, Martha Cooper was one of a handful of photographers to capture the colourful graffiti appearing on the city’s subways. Decades later her book Subway Art, a collaboration with Henry Chalfant, became the ‘bible’ of graffiti and a catalyst for the spread of urban art globally. In addition, Martha's early b-boy photos introduced youth worldwide to the emerging culture of hip hop.

Martha's extensive body of work before and after NYC’s graffiti explosion highlights many forms of street creativity that are often overlooked by a passers-by. "Street Shots 1970 - 2019" features photos taken over four decades in such diverse places as New York, Japan, Haiti, Baltimore, Berlin, Japan and Sao Paulo, and includes Martha’s personal mementos and collections.

"1977, the Bronx was burning down. No one really wanted to write that graffiti was an interesting thing. But I don’t want to shoot something that’s done with permission. It’s an outlaw art. That’s what makes it thrilling.” - Martha Cooper 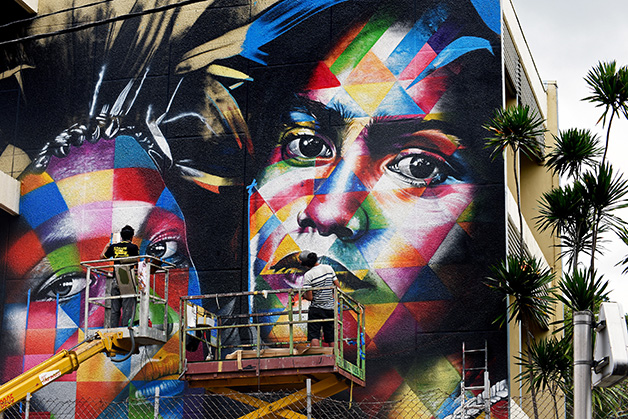 At age 75, Martha Cooper is now revered as an icon of the street art world. In the 1970s, as the boroughs of New York City burned, Martha was one of the first photographers to capture vivid images of graffiti appearing on the city’s subway network. Twenty years later her book Subway Art became one of the best-selling art books of all time, making her work a catalyst for the spread of modern street art around the world. Martha continues to document all manner of illegal art making, following her subjects to the tunnels and rooftops of cities around the world. Her work has deeply influenced some of today’s most famous street artists, including Os Gemeos, Ernest Zacharevic and Shepard Fairey (Obama “Hope” poster), and her lens now defines the street art that will make history.

In addition to Subway Art which is now in its 25th edition, Martha has authored 13 books of photography, including Street Play, New York State of Mind and Sowebo Soweto, all which reveal an appreciation not just for graffiti, but for all the creativity and humanity found in our public spaces. Her early images of children playing in the Bronx in the 70s documented the resilience that people find in creative expression. Her street photography now places street art in an important social and historical context. Martha’s relevance to contemporary art has led her to host Ted Talks, exhibit at galleries such as Urban Nation Berlin, LA Museum of Contemporary Art (LMoCA), and Kasher Gallery in New York, as well as having tributes to her painted by many street artists working today. However, she still remains a figure yet to be discovered by major institutions and the wider public.

While the views presented by speakers within The Bob Hawke Prime Ministerial Centre public program are their own and are not necessarily those of either the University of South Australia or The Bob Hawke Prime Ministerial Centre, they are presented in the interest of open debate and discussion in the community and reflect our themes of: Strengthening our Democracy - Valuing our Diversity - and Building our future.

The copying and reproduction of any transcripts within the Hawke Centre public program is strictly forbidden without prior arrangements.