The University is a gold member of the Australia China Alumni Association (ACAA), which serves alumni from Australian universities living in China. We encourage you to join the ACAA and participate in their events. Membership is free but you can upgrade to premium membership for 150 RMB per year and will entitle you to a range of benefits, including discounted entry to ACAA regular events. Join the ACAA. 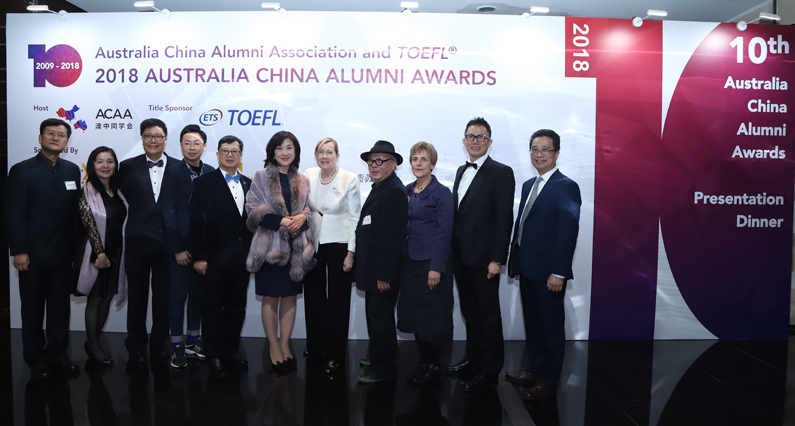 Congratulations to all the winners and finalists in the 9th 2017 TOEFL®  Australia China Alumni Awards announced on Saturday 25 November in Shanghai. The University of South Australia is proud to have had four alumni among the finalists  Full details on the ACAA website. 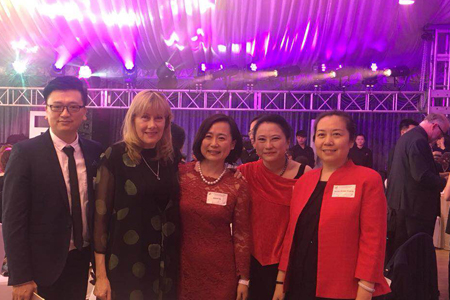 The China wine market was the topic of a seminar presented to Beijing-based alumni at the Park Hyatt Hotel. Dr Justin Cohen, senior researcher at the University of South Australia’s Ehrenberg-Bass Institute of Marketing Science spoke about his latest research on how brands grow in China. Guest were treated to a tasting of Australian and local wines. 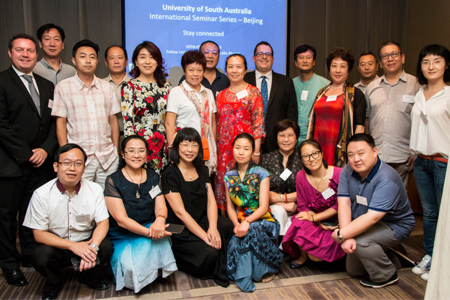 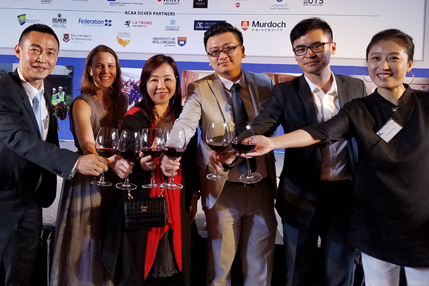 As one of the largest celebrations of Australia-China alumni’s achievements in China, the Gala Dinner was attended by over 200 alumni, including representatives of the Australian government (including the Australian Consul General in Guangzhou) , top Australian universities and national and international companies.

Congratulations to our finalists in the 2016 ACAA & IELTS 8th Australia China Alumni Awards:

Guests were invited to  write a birthday message on a card, and some of the notable messages were:

"To be better, to be greater! Happy 25th birthday, UniSA! Open a campus in Beijing!” - Yiping Dai, Bachelor of Engineering (Electronics and Communications)

“All the best wishes to UniSA. Hope to see you in the next 25 years again.” - Shen Liu, Masters of Management (Integrated Supply Chain Management), Bachelor of Business (International Business) 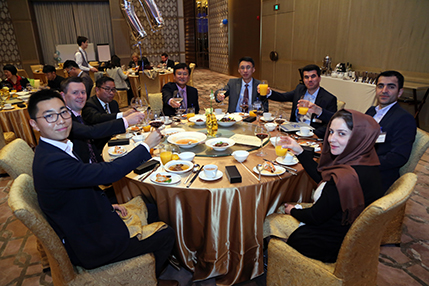 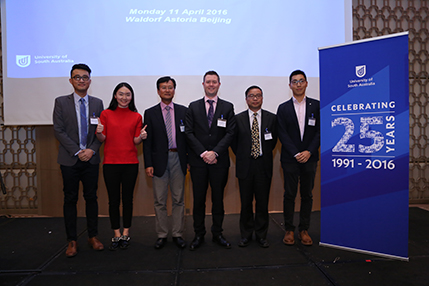 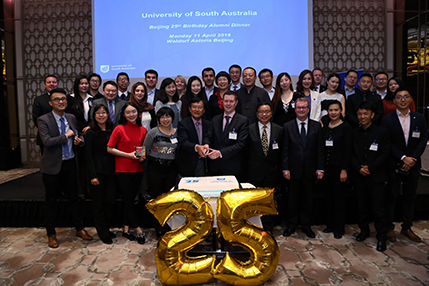 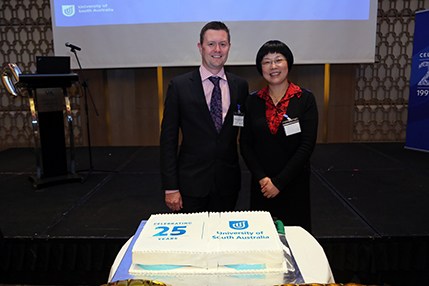 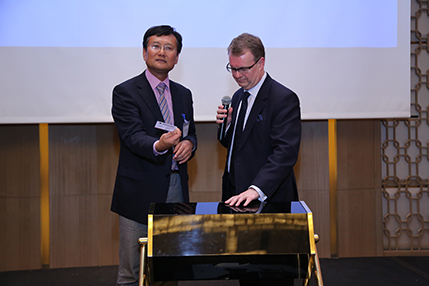 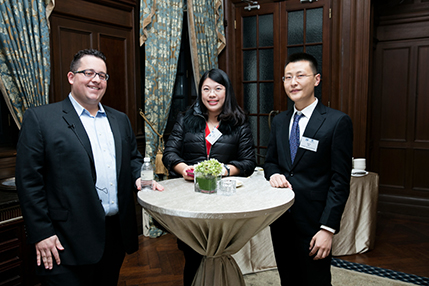 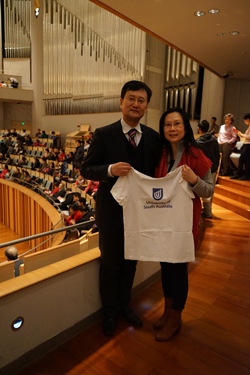 UniSA alumni celebrated New Year with exquisite music performed by the famous Beijing Symphony Orchestra in the beautiful National Centre for the Performing Arts in Beijing.

A small group of UniSA alumni got together on the last day of spring to get out of Beijing, play sport in the outdoors, pick fresh cherries and enjoy each other’s company.  The sports meet was followed by lunch and then a visit to the Australia and New Zealand club.This was the first event the UniSA China Alumni Chapter have organised since their inception early this year.  They are planning their second alumni activity in July, a  visit to the Yanjing Beer Company a chance to see the beer making process, as well of course, a chance to taste fresh beer straight off the production line.   Click here for more details. 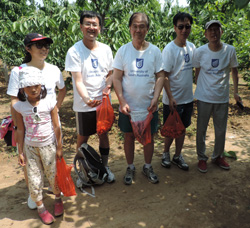 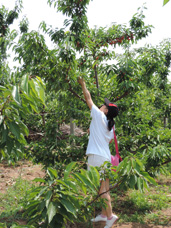 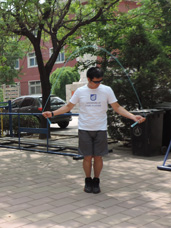 Mr  Nigel Relph, Deputy Vice Chancellor and Vice President of the University of South Australia in the presence of The Honourable Gail Gago MLC Minister for Employment, Higher Education and Skills for the Government of South Australia, hosted an alumni dinner at the Grand Hyatt Hotel in Beijing on 28 May 2015.  About 30 people attended the event, including the Secretary General of the Western Returned Scholars Association, Mr  Zhang Xue Jun, high profile UniSA alumna, Angelica Cheung and the inaugural President of the UniSA China Alumni Chapter, Mr Qiao Luqiang. 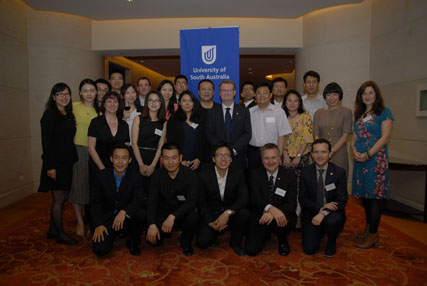 Winners of the 2014 Australia China Alumni Awards were announced at a gala dinner in Shanghai on 29 November.

The event was rounded out with Mr Jing Li from the Department of State Development who made an announcement on the SA Government’s planned international student internship program.

The 130 people present were made up primarily of soon-to-graduate students of SA’s three universities and the remainder being ACYPI young professionals. 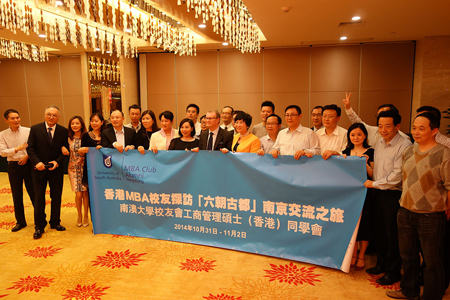 More than 60 alumni attended a cocktail reception to celebrate the establishment of the University of South Australia Alumni Association of China held at Capital M, in Beijing on 23  October 2014.  The event was hosted by Mr Nigel Relph, Deputy Vice Chancellor and Vice President:  International and Advancement, University of South Australia and Professor Marie Wilson, Pro Vice Chancellor (Business and  Law).

Winners of the 2013 Australia China Alumni Awards were announced at a gala dinner in Beijing on 2 November.

Congratulations to our finalists on their great achievement: 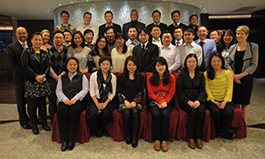 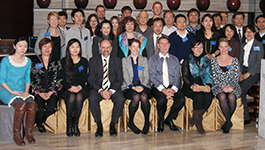