One of Australia’s most prominent Aboriginal educators, UniSA Professor Lester- Irabinna Rigney, has been awarded a prestigious fellowship through a new collaboration between the University of South Australia and the Menzies Centre for Australian Studies at King’s College London.

Professor Rigney is the inaugural recipient of the Aboriginal and Contemporary Australian Studies Fellowship, which he will take up at King’s College (KCL) in 2018. 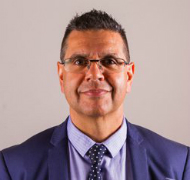